The 2018 Teen Choice Awards are right around the corner, and it’s sure to be a night to remember.

The annual award show has been a staple in entertainment since the first show aired in 1999. Since then, the event has been full of amazing performances, crazy surprises and unforgettable fashion moments.

The show is also known for being decided on by the fans alone, specifically teens. Voting is open to anyone living in the United States over the age of 13, either on the Teen Choice website or by using the official Twitter hashtag. Millions of votes will be cast to decide who will go home with an iconic Teen Choice surfboard.

Before the show broadcasts live this weekend, here are five things you need to know to prepare yourself for the big night.

1. The Hosts: Jack of all trades Nick Cannon and internet personality Lele Pons will co-host the ceremony. Although Nick is a seasoned award show host, this is Lele’s first big gig. The former Viner, who boasts over 26.4 million Instagram followers, shared her excitement on social media by writing, “So excited to announce that I will be co-hosting the Teen Choice Awards on August 12th!” With the famous sense of humor of these hosts, it’s sure to be an entertaining show.

2. The Performers: The current lineup of performers includes Meghan Trainor, Khalid, Lauv and Evvie McKinney. Five-time Grammy nominee Khalid is set to perform a special medley of his biggest hits for the show. And fortunately, the TCAs are no stranger to surprises, meaning more special guests are very likely to show up.

3. The Nominees: With 77 categories, there is no shortage of amazing nominees. In the film category, Avengers: Infinity War, Star Wars: The Last Jedi and Black Panther, The Greatest Showman, A Wrinkle in Time and Jumanji: Welcome to the Jungle all scored nominations. Riverdale and Shadowhunters: The Mortal Instruments received nods in the TV category, along with Stranger Things and The Flash. In the music department, Cardi B, Selena Gomez, Drake, Ed Sheeran and Taylor Swift are among the top nominees. No surprise here, but the most nominated person of the night is indeed Taylor, earning six nominations including Choice Female Artist. 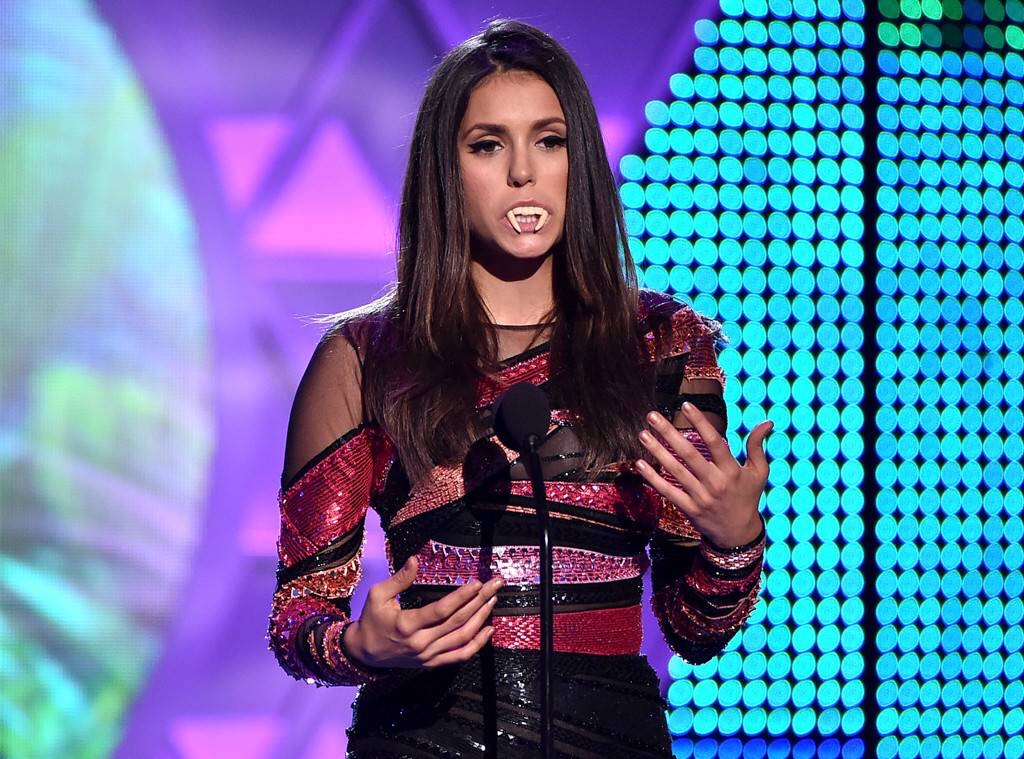 4. The Presenters: The most famous faces in entertainment won’t just be seen in the audience. There’s also an all-star roster of celebs who will be on stage. FOX has announced that the award show presenters will include Noah Cyrus, Chloe Grace Moretz, Lucy Hale, Hudson Yang, Maddie Ziegler, Nina Dobrev, Red Gerard, Chloe Kim, Jojo Siwa and Auli’i Cravalho.

5. The Details: The actual show will take place at The Forum in Inglewood, Calif. If you want to see everything go down in person, tickets are available for the public to purchase. If you’d rather enjoy the show from the comfort of your couch, the event will broadcast on FOX Sunday night beginning at 8 p.m. ET.